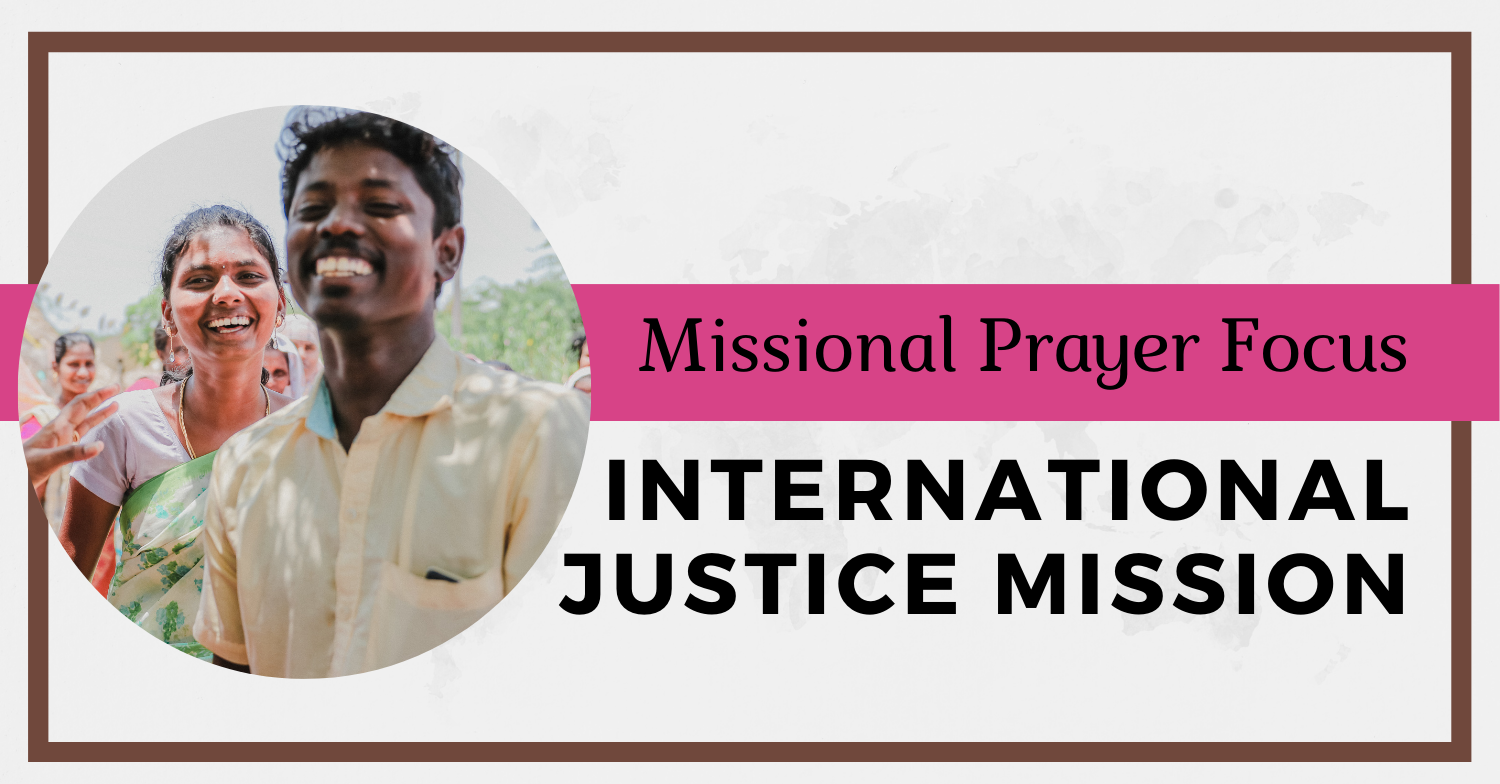 Today we pray for one of our international missions partners -  International Justice Missions and their program in South Asia to combat sex trafficking. They rescue victims, work with police agencies to ensure that survivors are treated with dignity and respect, bring criminals to justice, restore survivors and strengthen justice systems – all in partnership with various other agencies.

They recently submitted this report:

“Last week, IJM helped (city name redacted)’s anti-trafficking police rescue two sex trafficking victims and arrest five criminals, including a notorious trafficker named Archana* we have been pursuing for years. In this case, Archana was exploiting two sisters from a poor community. Both sisters are now safe at an aftercare shelter.

Archana operated with impunity by avoiding traditional red-light districts. She worked in private homes in quiet neighborhoods, where no one would suspect sex trafficking was taking place. Police have now traced her as a common link between 14 pimps in six individual IJM cases, and several survivors have pointed to her as a trafficking ring-leader. Her arrest is a significant victory, and will lead to a significant dent to this network of criminals.

Emboldened by her perceived power, however, Archana and her accomplices were unafraid as they explained their tactics to police after the operation. ‘The perpetrators displayed a shocking level of confidence against the police and prosecutors, showing no respect to the rule of law and least concern to the dignity and respect of the victims.’

It also became clear Archana had a strong support system enabling her power: A group of eight defense lawyers were waiting to bail her out even before the rescue team had reached the police station. And at the subsequent court hearing, Archana’s relatives and several defense lawyers threatened the victims against testifying.

Despite their attempts, Archana and the other suspects have been charged under India’s anti-trafficking and child protection laws. The judge overseeing the case instructed police to complete their investigations quickly—a strong sign that the justice system is ready to respond and bring Archana’s reign of impunity to an end.

We continue to pray for IJM’s work in rescuing and caring for victims and in bringing offenders to justice: praying for healing for the victims and strength for those working with IJM.
International Partnerships
International Justice Mission
Tweet

Opportunity to help one of our Lambrick Family