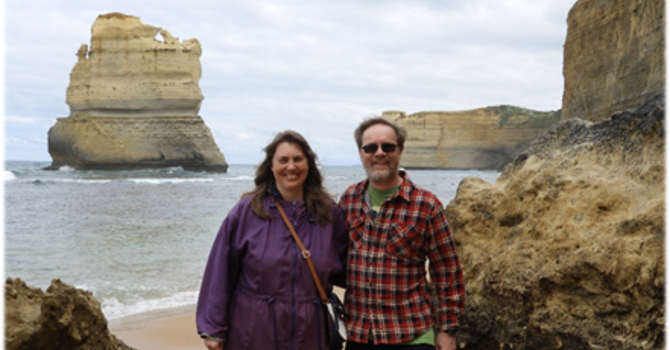 Today we pray for Brent and Shelley Weeks who work with Reach Beyond Australia to transmit shortwave and radio broadcasts to tell listeners in the Asia Pacific region about Jesus.
Click here to open the Reach Beyond Australia Website
Brent and Shelley live in Melbourne, Australia and though they are fine, we join them in praying for people living in the fire affected regions of the country.

-        For shortwave listeners to tune in, understand the good news of Jesus and grow in their faith.

-        For meetings taking place in February when broadcasters obtain their broadcast blocks.  We pray that there will be few schedule changes – changes directly impact Shelley’s workload.

-        For Brent to be able to prioritize well and catch up on an overflowing in-tray of tasks.

-        For good conversations and a good time with their son Trevor and his girlfriend  who will be  visiting in February.

We praise God with them:

-        For the generosity of donors in 2019, which helped clear The Weeks’ donation account deficit from the beginning of the year!

-        For their sons living in Australia:  that  Nelson successfully upgraded to a manual transmission driver licence and that Malcolm got his driver licence (qualifying on manual from the start).
Get Connected
Missional Engagement
Tweet