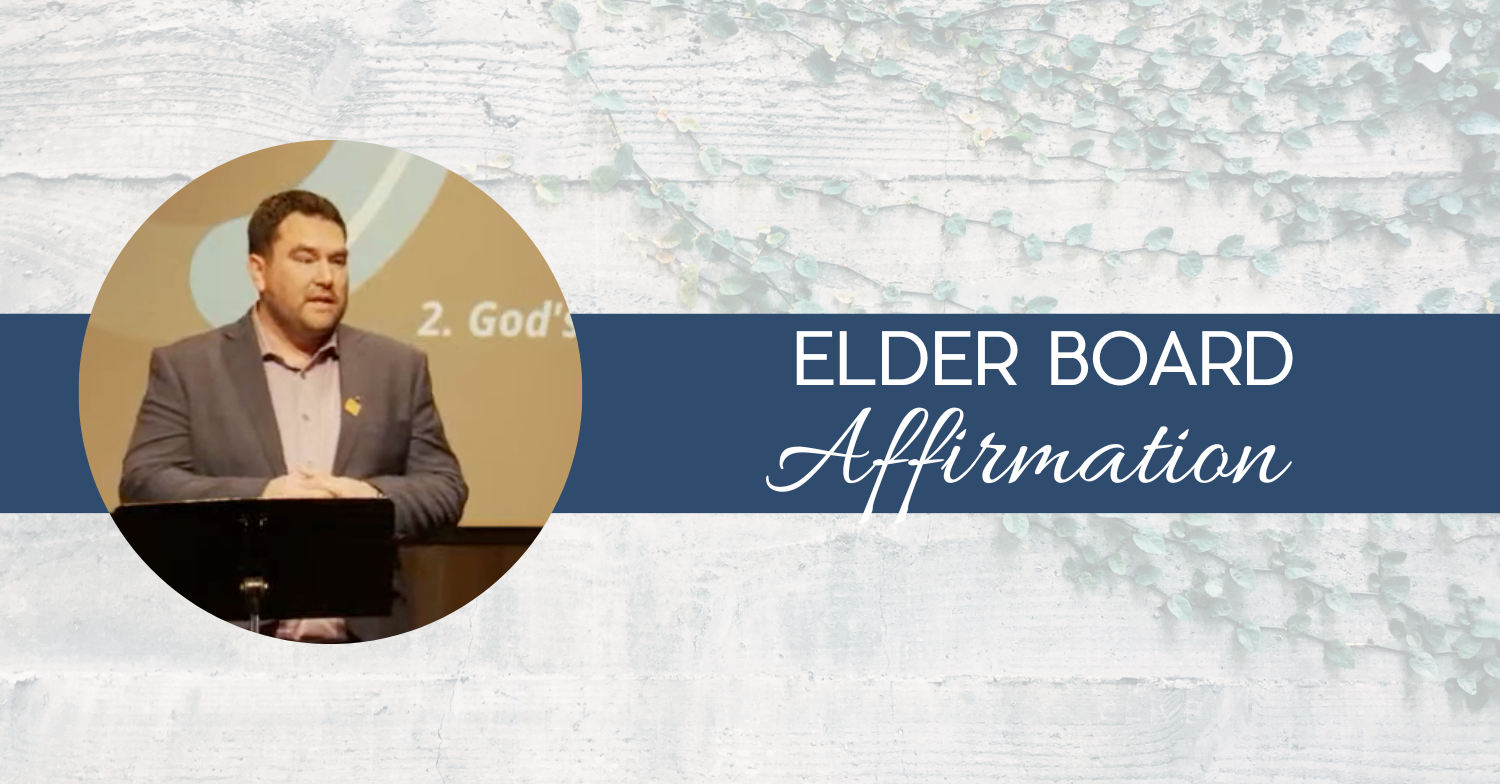 This fall our Nominations Committee worked actively and prayerfully to receive and explore nominations from the congregation, to discern the character of those nominated, as well as the needs of our church and the Board of Elders in this season.  Thank you to everyone who prayed for our elder nomination process, and who took the time to submit nominations for eldership this September.  The Board of Elders play a vital role in the life of our church – prayerfully directing, protecting and overseeing the life and leadership of Lambrick.

With this responsibility and authority in mind, we are committed to seeking individuals who are known for: a clear testimony of everyday faith in Jesus Christ, Christlike character, relational and leadership competency, gospel courage, and confidence in God’s calling.

As with every year, this process was approached with open hands, asking and trusting God to guide the process.  We were encouraged to receive a good number of nominations this year, men and women who embody many of the qualities we need in eldership.  Despite this, for many candidates the timing was simply not right.  But for one, at every turn, it seemed God’s invitation was before us.

With the full affirmation of the Nominations Committee and Board of Elders, we are pleased to present Jonathan Barry for eldership.  As always, our desire is not to ask good people to become elders, but to affirm those in whom we already see the life of Christ and the calling of eldership evident.  We affirm this deeply in Jon.

With a shared sense of God's invitation, the Board of Elders present Jonathan Barry to the membership for your prayer, discernment, and affirmation to Eldership at the upcoming AGM (Jan 9, 2023).

I was born (Comox) and raised (Campbell River) on Vancouver Island.  My parents were not raised in religious homes, but came to faith in Christ as early, near teenage parents.  I am the oldest of four kids raised in what was often a complicated Christian home that included weekly attendance at services and Sunday School based in the traditions of the United and Pentecostal traditions, along with some infrequent dabbling in Catholicism and Anglicanism (depending on which grandparent we were with).  I’ll save all the stories, but for as long as I or my parents can remember I had a keen interest in God and matters of faith (my mom says it goes back even to the womb, but I think all mom’s want to think that…).  Regardless, eventually the pull of sports, friends, and girls largely drew me away from church in my teens – always feeling too Christian for my Christian friends; and too “worldly” for my non-Christian friends. I just couldn’t fit in with either crowd.  To avoid the tension, I simply stopped attending and buried the voice constantly calling me home.

In 1999, after a gap year I attended the University of Calgary to start my undergraduate degree in political science and religious studies and quickly experienced a number of “strange” callings and invitations from complete strangers to come home.  Coincidently, an alliance of churches in Calgary was hosting a Franklin Graham crusade at the Saddledome in November 1999 with over 20,000 people in attendance over three days.  Despite stumbling through many comparative religion and philosophy classes I came to realize there was no one like Jesus and finally made a commitment to follow Christ.  I moved back to Vancouver Island and began attending a Vineyard Church in Campbell River and was baptized in 2001.

In 2000, I transferred to UVic and joined Lambrick Park Church (LPC) and The Place and joined various campus ministries with a focus on small group bible studies and outreach through Navigators of Canada. In 2001, I met my wife Zaina, and with friends, led her to faith in Jesus through participation in an Alpha course at LPC (and later proposed on our Alpha retreat at Camp Imadene).  I even had the privilege of baptizing Zaina at LPC in 2002.

We were married in 2003 (and had our two boys in 2010 and 2013).  Shortly after graduating from UVic in 2005, we participated in a 12-month leadership development program with Navigators of Canada which took us Juarez, Mexico for community development projects, the Downtown East side of Vancouver through City in Focus, and finally campus ministry at UVic.  These were tremendous opportunities to grow in our faith and serve various types of communities (both Christian and non-Christian).

We returned to Victoria in 2007, took up residence in James Bay and Rockland and despite journeying back to LPC we also began to explore other churches within the communities we took residence in.  During this period Zaina and I felt called to invest our lives in service through our market-place vocations, she took over her family hair/wig salon and I took a position at the Legislature that eventually led to work in various social sector ministries in the provincial government.  Along came two kids and ever since our mission field has comprised our day-to-day work, investing in the social, school, and neighbourhood-based circles of our kids and their friends, and finally coming home to LPC in 2018, having moved back to Gordon Head in 2016.

As one might expect, there are a million and one stories over the years testifying to the goodness, faithfulness, and grace of God - his pursuit of us and us of Him.  But in 2018 we felt called to finally join LPC as members and really set down roots to share and invest in the life of the church in this community.  Ever since, whether its small groups, youth groups, volunteering for various assignments, or serving at the Mustard Seed, we know this is where home is and we’re committed to seeing His Kingdom come and His will be done in our lives, the life of His church, and hopefully playing some small part in His loving, healing, redeeming pursuit and salvation of Victoria and the world beyond.

Vocationally, Jon works in public service, currently as Executive Director within the Ministry of Education and Child Care.  He and Zaina were active participants in the life of Lambrick from 2000-2009, and then returned again in 2018. They officially joined the membership two years ago.

Please join us in prayer for Jon and his calling to join the Board of Elders.  If you have any concerns or questions, we invite you to speak directly with Jon.  If your concerns are unresolved, we invite you to come speak with one of the elders.  We also invite you to express your encouragement and affirmations to Jon and about Jon to the Board.   Our hope is to affirm Jon along with the rest of our Board of Elders at the upcoming AGM on Jan 9, 2023.

Kids Church Leaders Could you donate a Christmas cookie tin?